Jan was a café owner, draper, sexton and member of the resistance. He lived with his wife and six children in Rossum. He himself was the youngest of a family with six children. His father died in 1925 and his mother in 1935. They first lived on the Kerkplein in Rossum. In 1940 a new house, café and shop was built at Father Raatgerstraat 1 in Rossum.

He was active in receiving and assisting allied pilots and French prisoners of war who fled from German camps. This route mostly ran through Twente. Jan helped with the shelter in Rossum and helped them with clothes, so that they looked like ordinary citizens.

On December 18, 1942, he was lifted from his bed at night by a notorious S.D. detective from Arnhem. Jan arrived in camp Vught via prisons in Oldenzaal and Arnhem on 20 April. On July 1, 1943, he was transferred to camp Amersfoort and on July 11 he was sent to concentration camp Natzweiler-Struthof in the Vosges. This was a ‘Nacht en Nebelkamp’, where people had to disappear without a trace and one of the worst concentration camps. About 590 Dutch resistance fighters with different political backgrounds were imprisoned, of which 280 did not survive the war.

After first having been brought into the firm conviction in a reprehensible manner that a safe return could soon be expected, they received the deeply appalling news from a fellow prisoner that Jan had already died in January 1944.

Commemorated on the family plot R.K. Cemetery in Rossum.

Posthumously awarded the highest French knighthood: ‘The Legion of Honor’.

Monument and Dutch plaque on the memorial wall in Natzweiler-Strutho

In 2021, on the new building, where his home and shop used to be, the Jan Vosstraat will be named after him. 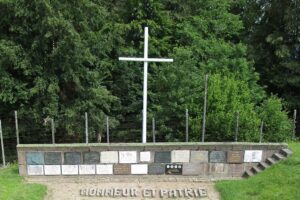 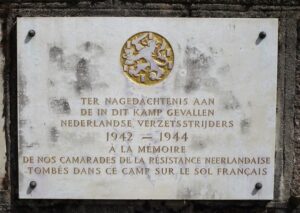 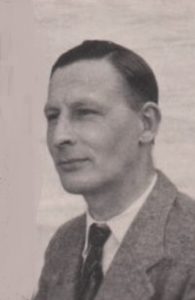 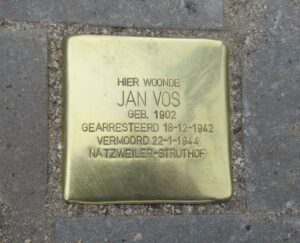