Arnold worked in an office. One day he found three white feathers in his officedesk. This was meant as a symbol for cowardness for people who didn’t join the army. Shortly after he called in for duty in September 1942 at the Royal Air Force, RAF base Padgate.

Shortly before he died he was home for a few days of holiday. He got very frightened at nights and told his sister he had the feeling, next time he wouldn’t come back home. He died during his second raid.

His family visited his grave a few times including in the year 2008.

Remembered on the familygrave in Rotherham.

Text on grave: ‘Deep in our hearts he is living yet, we loved him too dearly to ever forget.’ 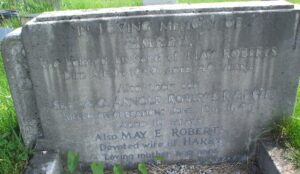