There were two more crewmembers: Arthur Trott and Charles Chambers.

He survived the parachutejump. Afterwards he was captured and been held as a warprisoner (PoW nr. 42771) till the end of war. He was located at the German Stalag Luft 6 in Heydekrug, now Litouwen. 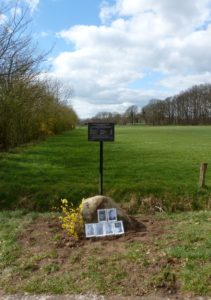