The Evers family lived with their eleven children at 7 Pausweg in Hezingen. Bernard was a painter. In 1933 he had a brief relationship with Aleida Frons, from this relationship Riet Frons was born. His childhood home was a stronghold of resistance during the war. As the war progressed, more and more people in hiding managed to find a safe haven at Evers, also known as ‘The Pope’. The crowd was large, but that was no problem for the Evers family, ‘people in need should be helped!’. There were times when as many as 20 people in hiding were hiding at the same time in and around the farm, barely two kilometers from the German border. Allied airmen, resistance fighters, Jews and people who wanted to escape the ‘Arbeitseinsatz’ in Germany. In addition to being a hiding place, the farm also served as a base for the many weapon drops that took place in the area.

On October 6, 1944, a raid took place under the leadership of a notorious land guard from Ootmarsum. A few managed to escape and several people were arrested. The Menco family from Almelo in hiding was also present. Father Menco was shot dead with his three sons at the foot of the Kuiperberg. Mother and daughter were taken away and never heard from again. Furthermore, the resistance fighter and drop-off inspector Geert Schoonman (Rooie Geert) and the brothers Bernard and Jan Evers were arrested. Jan Evers was locked up in the basement of the town hall in Oldenzaal, from which he could be released.

Bernard Evers and Geert Schoonman were injured in the shooting during the arrest and ended up in hospital in Oldenzaal. Another attempt was made to free them, but failed. A day later they were taken to Twente airport, where they were executed. Their remains were not found there until October 1947. 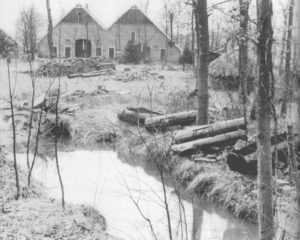 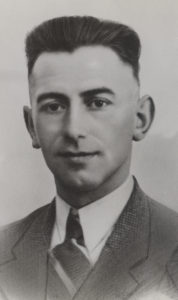 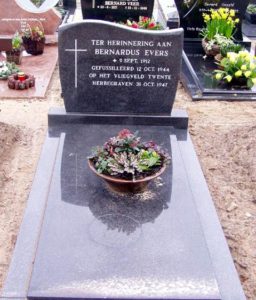 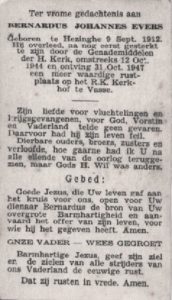 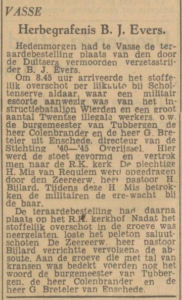