The family lived at 83 Eekmaatstraat in Glanerbrug. Hessel was the eldest of the three children. Like his father, Hessel worked at the Rolinck spinning mill in Germany.

Like the Hulsbeek brothers, he had joined the resistance group of chaplain de Hosson of the St. Jacobuskerk in Enschede. He set up a thug that operated under the name ‘Prince Bernard’. Hessel was arrested on October 13, 1944. The girlfriend of one of the members got into a relationship with a Dutch S.D.-er and betrayed the group. The arrested chaplain de Hosson was shot dead on 31-10-1944 in Gronau.

Hessel, together with Jannes Hulsbeek, was shot and buried at the airport on October 19. At the end of October 1944, the family was informed that Hessel had died in an accident. It was not until three years later, in October 1947, that Hessel’s remains – along with those of eleven other prisoners – were taken on the instructions of the imprisoned S.D. Chief Schöber was found near the bunkers on the Weerselose part of the airport.

Buried: Cemetery Doodenzorg in Glanerbrug, reburied on the National Field of Honor in Loenen, section B, no. 327 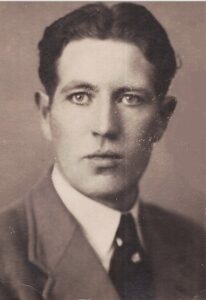 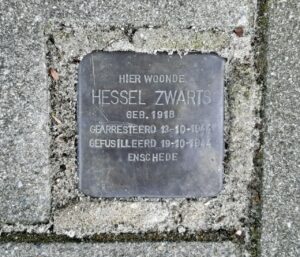 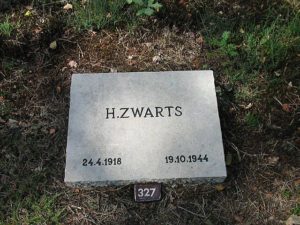 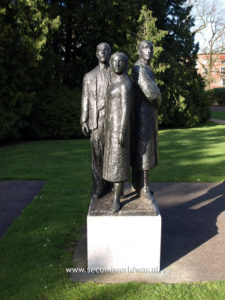 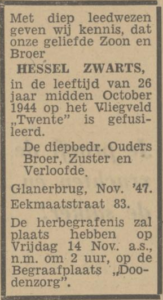 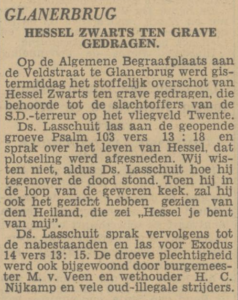