She lived at 7a Bentrotstraat in Enschede. She was married to Sally Wolff, born in Liebemühl. Together they had a son Erwin, born in 1904 in Kielau. They came from the part of Germany that belonged to Germany before the war and now to Poland. They came to Enschede from Hohenstein in Germany at the end of February 1939. The Krzesni-Wolff family from Kielau, relatives of her husband, lived at this address on Bentrotstraat. He died on 09-03-1940 in Enschede.

Hedwig went into hiding with the Groot Bramel family on the Rietmolenstraat in Enschede. During a search of the house by the S.D. Two Jewish women were found there on September 25, 1944, including Hedwig. They were transferred to Twente airport where they, together with four other Jewish people in hiding, were executed and buried on 27 September.

It was not until three years later, in October 1947, that her remains – along with those of eleven other prisoners – were taken on the instructions of the imprisoned S.D. Chief Schöber was found near the bunkers on the Weerselose part of the airport. The Krzesni family received her wedding ring.

Her son Erwin arrived in Westerbork transit camp on 3-5 October 1942. He went on transport on October 23 and died on August 31, 1944 somewhere in Central Europe.

Holocaust victim, as well as her son Erwin. The Krzesni-Wolff family partly survived the war. 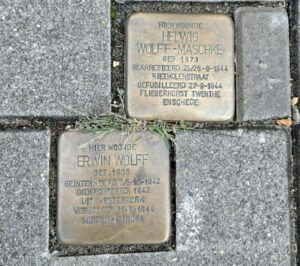 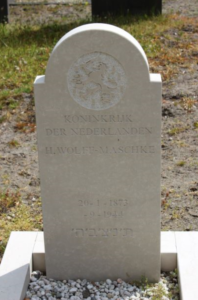 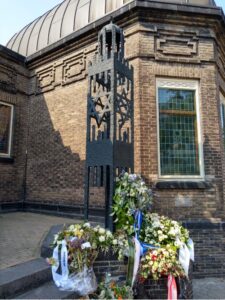 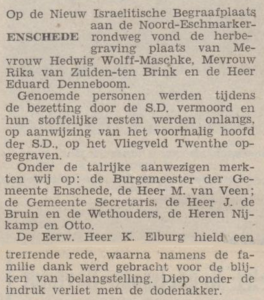