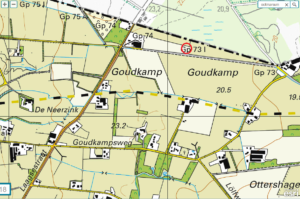 Complete crew from one plane, crashed on 29 July 1942 at the Goudkampsweg.

In the night of 28 to 29 July 1942, after a fierce aerial battle, a Vicking Wellington fell exactly on the border of the Netherlands-Germany. The plot of land on which it happened lies at boundary post 73 on Goudkampsweg in Ootmarsum (municipality of Tubbergen). The machine drilled deep into the ground. All six crew members died. They were found severely maimed in and around the wreck.

They were buried in Lingen, Germany.
After the war they were transferred to the Reichswald Forest War Cemetery in Kleve. 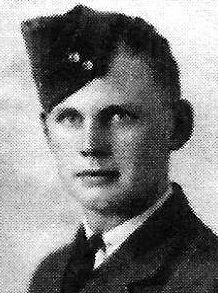 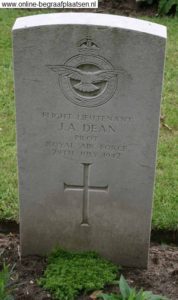 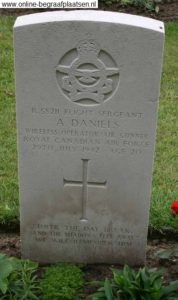 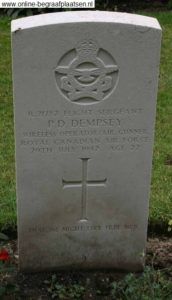 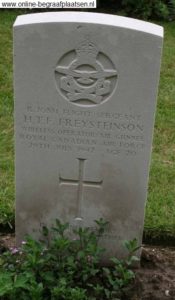 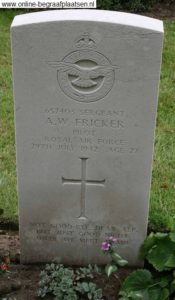 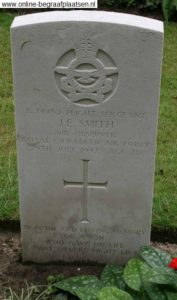