The machine was completely destroyed en the crew past away. The remains were dumped the next day by bystanders under command of the Germans in a ‘cowpool’ of Bosscha on the Gammelkerstraat. The pit was closed and made even with the ground. 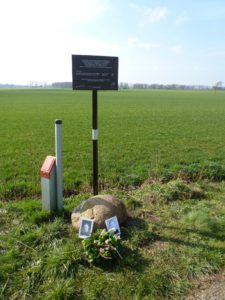