He was a Palestine-pioneer from the Deventer Association. He came in January 1939 as farmers servant to the Snuverink family at Hasselo No. 55. In October 1939 he moved to Hengelo and then to Assen in April 1941.

Harald was an only child. He married in September 1942 in Assen with Meta Cohen, also Palestine pioneer. They then lived with her parents at the Oosterparallelweg 69 in Assen.

Together with his wife he tried to escape deportation by going into hiding, this failed. Harald was arrested in Rotterdam and taken to Westerbork transit camp on October 19, 1943, as well as Meta. Both were deported the same day  to the Auschwitz concentration camp, where Meta shortly after arrival was killed.

Holocaust victim, as well as his wife. His parents survived the war and later deceased in Sao Paulo, Brazil.

Jewish memorial and Stolpersteine in Assen. 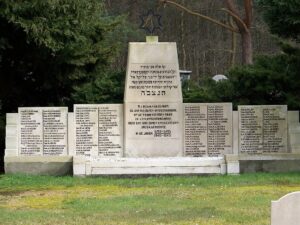