Willem came in October 1922 as farmers servant to Deurningen 134. A month later he left to Almelo.

He went around 1925 to Indië and married there in 1930. He lived in Salatiga, where his five sons were born.

After the capitulation in March 1942 he was captured by the Japanese and taken to ‘Hotel Bellevue’ in Tjilatjap, where he and his comrades stayed for about two months before being transferred to the men’s camp Java II. In early 1943 this prisoner of war were transferred by freight train to Batavia, now Jakarta. Then he was taken to a labor camp in Tarsao, Thailand. Here he had to perform forced labor in appalling conditions on the infamous Burma-Siam railway line. He died in the camp hospital Tarsao.

More than 100.000 forced laborers died from exhaustion, illness or mistreatment, including more than 3200 Dutch.

National Indië memorial in The Hague. 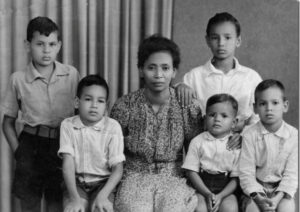