Emanuel came in February 1936 from Amsterdam to the flight school Teuge. He was a Palestine -pioneer from the Deventer Association.

He was the youngest of the family with two children. He stayed earlier in January 1938 till June 1940 in Zenderen. After a short stay at his parents he came in August 1940 as farmers servant to the family Bosscha at ‘erve Vasterd’ Gammelke no. 6. Also Istvan Balint later lived at this address.

In December 1940 he moved back to his parents in Amsterdam. Emanuel came on October 18, 1943 to Westerbork. The next day he was already deported to the Auschwitz concentration camp.

Holocaust victim, like his father. His mother and brother Louis survived the war. 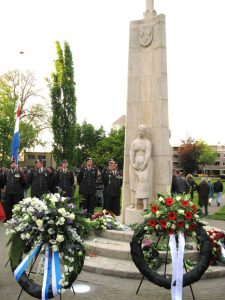