Herman was an only child. The family moved in May 1938 from Den Bilt to Noordsingel 178a in Rotterdam. During the war he was an administrative assistant at the Jewish Council, Loods24, in Rotterdam.

Herman was hiding with three others with the Smienk family at 18 Spinnersweg in Hengelo. They were betrayed and on September 7, 1944, in a raid by the S.D. arrested. Jacob Meijers came to the hospital tipsy, from which he managed to escape. Herman, Eduard Denneboom, and Jeanette Meijers-Spier were transferred to Twente airport where they, along with three other Jewish people in hiding, were executed and buried on 27 September.

It was not until three years later, in October 1947, that his remains – along with those of eleven other prisoners – were taken on the instructions of the imprisoned S.D. Chief Schöber was found near the bunkers on the Weerselose part of the airport.

Jewish monument in Rotterdam and on the Cemetery. 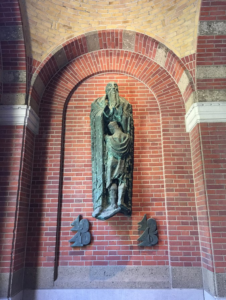